Cerny, presiding Sessions Court judge, said he and the four other Sessions Court judges will allow private process servers to do the work. But they’ll all have to apply through a procedure to get it. He’s also pledging the court will watch them with a much closer eye.

“Terrifying people in the middle of the night because they’ve got a medical bill is inappropriate and unfortunate and uncalled for,” Cerny told 10News. “That’s not reasonable.”

This week’s action is prompted by a recent incident involving an “unscrupulous, unidentifiable private process server who harassed and scared someone in the middle of the night,” according to Cerny’s order.

“I felt like doing something kind of immediate in response to this one particular incident was justified at this time,” Cerny said Thursday.

Problems have cropped up in the past, Cerny said. Someone doing private service goes in, pretends to be law enforcement or even a SWAT team member and confronts someone at their home over something like a small claims lawsuit for property damage….” 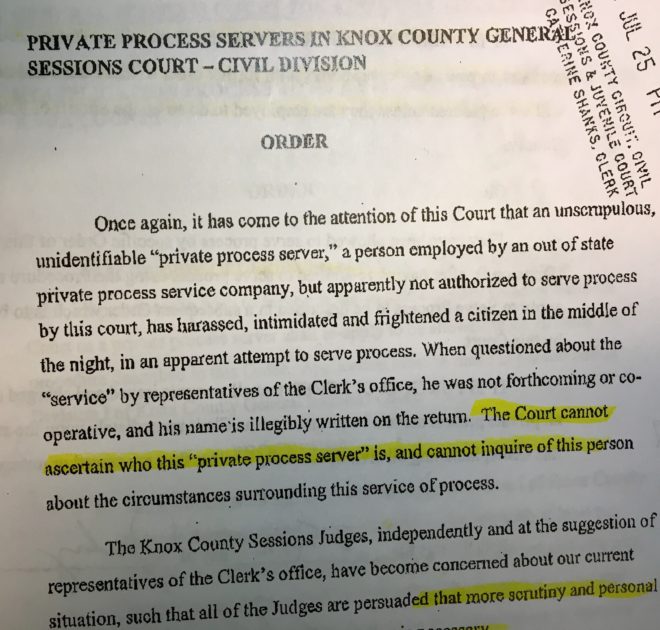